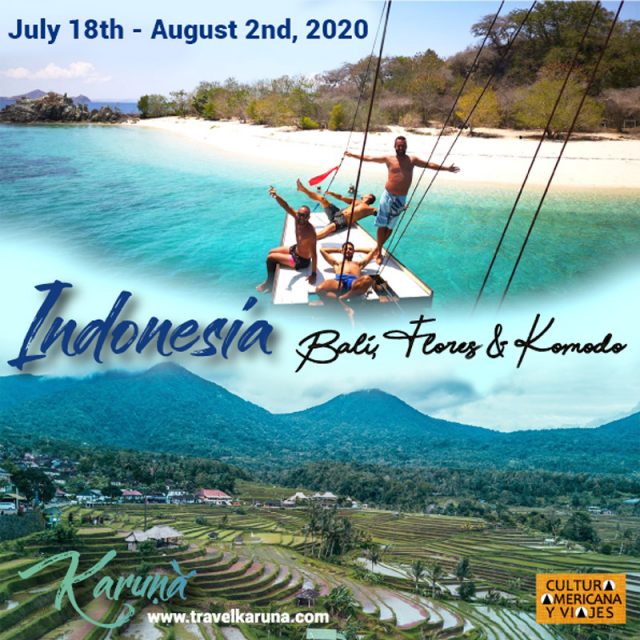 Indonesia brings together a whole world of islands and cultures, different from each other, and each one more surprising and exotic. Due to its cultural and natural diversity, is one of the best destinations to enjoy a great trip.

Our route for this summer proposes a tour that combines temples, beaches, rafting and volcanoes, all in Bali, the Island of the Gods, with an exciting navigation through the islands of the Sea of ​​Flores, looking for the fantastic dragons of Komodo.

Pre-sale Questions
Pre-sale Questions
You have not filled all fields
Your message is being processed, please wait
Comment successfully sent
Captcha failed to verify
Sending failed, try again later
Ask anything about our product and we will reply to you soon as possible